Under the management policy of “Constructing buildings, creating towns — pioneering a new era,” with a view to enhance corporate value over the long term through sustainable and stable growth of the Group, the Company believes that fair, transparent, prompt and bold decision making is crucial to corporate governance. From these, the Company has formulated the “Basic Policy for Corporate Governance.”

The Company shall “comply with laws and regulations and conduct its operations with integrity as a member of society, acting in accordance with social norms and corporate ethics,” as prescribed in the “Group Code of Conduct (2. Legal compliance).” The Company also established the “Compliance Committee” to ensure promotion of compliance structures, aiming to ensure compliance in day-to-day operating activities. 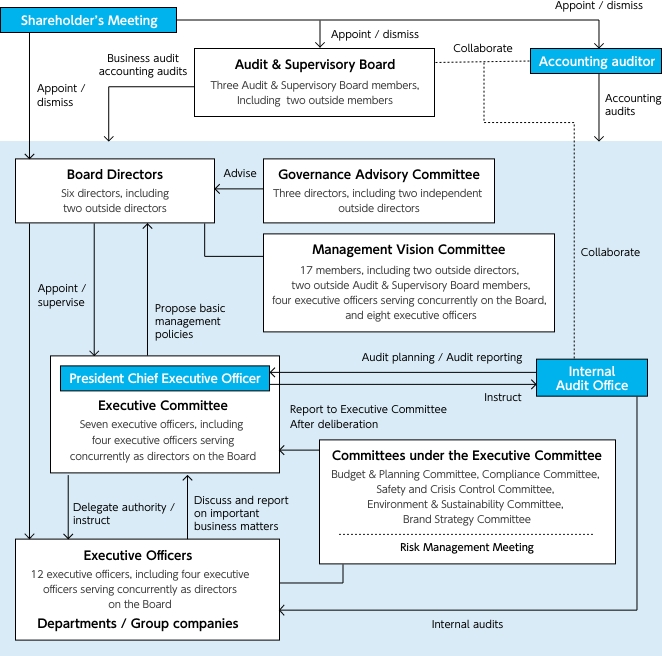